Posted on February 5, 2016 by derkjandegrood

Early January Valori hosted a big room serious game. This time we organised our Scrum Battle, agile simulation game with 44 teams. Altogether we played the game with 450+ participants.  The mood was great, the participants enthusiastic and I love the photos that were taken. 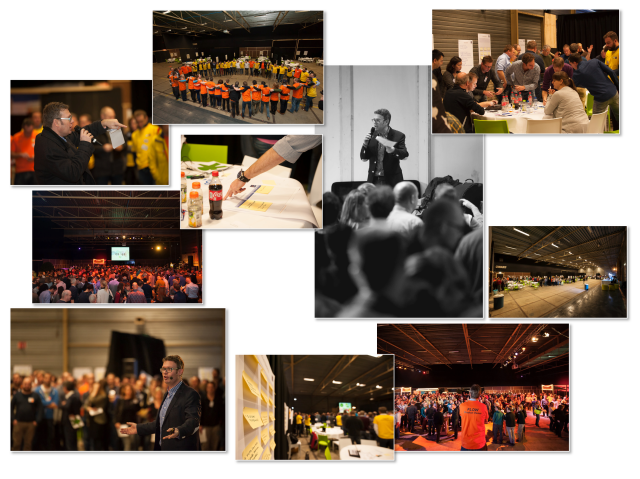 By organising this event we introduced a lot of people to the Scrum way working. And I spoke a lot of participants that learned a lot and enjoyed the collaboration with their team.

Getting curious? You can find more information about the Scrum Battle here:

Derk-Jan de Grood, works for Squerist as senior test consultant and agile advisor. As Trainer, Consultant and Agile Coach, he is involved with improvements and agile implementations. Derk-Jan is the author of several successful books including TestGoal, Grip on IT and the Dutch Testers association’s jubilee book on future trends in testing. In 2016 he published “Agile in the Real World”, a book on SCRUM. Derk-Jan won several awards including the prestigious European Testing Excellence Award in 2014
View all posts by derkjandegrood →
This entry was posted in Agile, SCRUM, Training and tagged AGILE, Big Room, Game simulation, PSM, SCRUM, SCRUM battle, Serious Game, Valori. Bookmark the permalink.